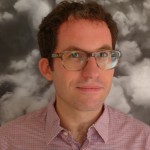 After studies at the University of Lausanne (PhD in history, 2005) and Columbia University in New York (Fulbright Fellow), Matthieu Leimgruber has been a postdoctoral researcher (2005-08) at the Institute for Social and Economic Research and Policy (Columbia University), at the Institute of Historical Research (University of London) and at the International Institute of Social History (Amsterdam). Matthieu Leimgruber’s research has focused on comparative social policy development as well as transnational insurance history since 1945. He is currently leading a 4-year investigation (2012-16) on the history of the OECD and economic governance. Since August 2015, he is an associate professor of history at the University of Zurich (UZH). 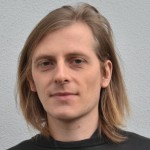 Matthias Schmelzer is currently a Permanent Fellow at the DFG-Research Group “Post-Growth Societies” at the University of Jena and works at the Konzeptwerk Neue Ökonomie (Institute for New Economic Ideas). He is the author of “The Hegemony of Growth. The OECD and the Making of the Economic Growth Paradigm” (Cambridge 2016) and has written on 20th century social and economic history, monetary politics, international organizations, and degrowth. After studies in Berlin, Berkeley, and Frankfurt, he was a postdoctoral researcher at the University of Geneva and at the Center for Social and Economic History at the University of Zürich, Switzerland. His current research interests include degrowth, 20th century social and economic history, economic expertise, neoliberalism, social movements, and capitalism. 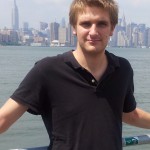 Samuel Beroud has obtained a Bachelor of Arts Degree (History; Philosophy; French language) in 2008 at the University of Lausanne (Switzerland). While being a students’ representative in local, national and international organizations, he graduated with a Master Degree (Social and Economic History; French Language) at the same university in 2011. Samuel was a Visiting Scholar at Columbia University (USA) in Summer 2012. He joined the University of Geneva in September 2012 as a doctoral candidate and research assistant in the project led by Prof. Matthieu Leimgruber. 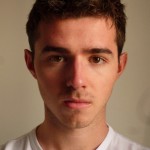 After obtaining in 2010 his BA in Philosophy and Sociology (Sorbonne, Paris), Ludovic Fulleringer completed in 2012 a MA in History of science, technology and society at the Ecoles des Hautes Etudes en Sciences Sociales (EHESS, Paris). His PhD is a joint degree between the University of Geneva (Prof. M. Leimgruber) and the EHESS (Prof. D. Pestre). Ludovic Fulleringer’s ongoing PhD  project deals with the history of OECD “science and technology policies“ from 1948 to 1976. This dissertation aims to historicize the transnational paradigms and networks that supported the development of these policies. This research highlights major science policy negotiations within and outside the OECD. Devoting attention to links between economic issues and the organization of science, it casts a new light on the history of science within the economy.

Prof, Dominique Pestre is research professor at the Centre Alexandre Koyré, École des Hautes Études en Sciences Sociales (EHESS, Paris). His research interests include the history of the environment, the governance of science and the process of globalization. In the context of this research project, Prof Pestre is working on a history of environment policies at the OECD.

Dr. Henning Türk (University Duisburg-Essen) is working on the history of the International Energy Agency (IEA), an autonomous sub-organization of the OECD. The IEA was founded after the first oil crisis in 1974 to provide a crisis mechanism for future oil emergencies. The research project focuses on the interplay between the IEA and the national governments in defining common energy political goals. Henning Türk analyzes the influence of the IEA on national energy policies between 1974 and 1986, thus questioning the still common view of energy policy as a national domain. 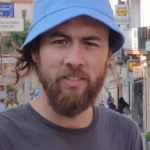 Steven Piguet has studied political science and history at the University of Lausanne (MA, 2009). Since 2007, he has worked for the SNSF research project “Swiss Elites in the 20th Century.” led by Prof. T. David and Dr. A. Mach (UNIL). His MA thesis dealt with Geneva elites and their sociability around 1900. Steven Piguet is a specialist in historical database design and their application in prosopography and genealogical analyses. 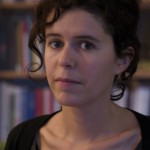 Alix Heiniger holds a PhD (dual degree) in History from the University of Geneva and the Ecole Normale Supérieure (Cachan, France). Her doctoral thesis deals with the political commitment of German refugees in Belgium, France and Switzerland during the Second World War and their postwar political reintegration in the German Democratic Republic. Using prosopographical methods, this thesis is a social history of refugees’ political commitment and political legacy in the GDR.